Over the past twenty-five years, I have observed a wide variety of beliefs and values about human sexuality.  Some people believe in having many sexual partners while others think that having a monogamous relationship is right. Some individuals advocate having multiple sexual experiences as “normal and natural”.  While others indicate that sexual acts or thoughts can become obsessive, compulsive, and out of control. I know of professionals who become very frustrated during discussions about sexuality.  Both sides of the argument seem to have merit depending on how you view the situation.  Human sexuality IS a normal activity; however, for some sex turns into compulsive “acting out.”  At this point, the World Health Organization (WHO) is acknowledging research trends providing important information on this topic. 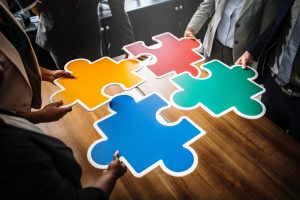 On July 2, 2018, The Social Post news reports WHO officially recognized their most current diagnostic manual, ICD-11 which categorized sex addiction as a form of mental illness.  This decision implies that sex addiction needs medical consultation and intervention.

The ICD-11 does not specifically use the word “addiction,” rather it classifies CSBD as an “impulse control disorder.”  This is due to a person’s inability to control impulses to engage in repetitive sexual behavior.

The Social Post news reports that approximately 2% to 4% of the population experiences this condition.  Some professionals believe this number is higher due to the billions of dollars that are spent on the various areas in the sex industry.

Professionals in the field have been aware for some time that certain clients neglect their relationships, health, family, and work responsibilities, due to these sexual obsessions and compulsions.  Hopefully, for people suffering with this new diagnosis “CSBD” will understand their condition and feel more comfortable seeking treatment.