Struggling Due to Pornography Addiction

Recently, I was working with a couple who were struggling due to the husband’s pornography addiction. The husband talked about no longer finding his wife appealing. The wife was hurt and unhappy about this disclosure, but also quite perplexed because her husband historically found her attractive. Previously, their sexual relationship had been fulfilling. This couple was experiencing one of the unfortunate outcomes from pornography addiction.

In 2013, Dr. Valerie Voon at Cambridge University, conducted a neurological study of men who were reportedly addicted to pornography. The research showed that subjects addicted to pornography and subjects addicted to drugs showed the same changes in the reward center of the brain. Both groups of addicted individuals engaged in addictive behavior due to increased dopamine levels in order to get “high.” In other words, the drug addicts increased substance use to get high and the pornography addict increased pornography consumption to get high. Both groups needed to increase use of their “substance” in order to get “high”. This is due to the dopamine receptor cites being flooded and eventually becoming less sensitive to the dopamine, thus needing more dopamine to achieve the same euphoric effect. 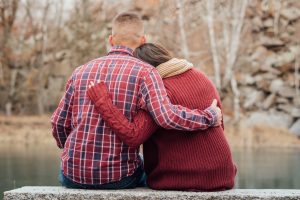 This pornography scenario illustrates the general addictive cycle.   For the 5% to 7% of the population with a predisposition to addiction, once they start using a substance, they build what is called tolerance which means they need more of their drug of choice to get “high”.

While conducting her research, Dr. Voon noticed some interesting differences with pornography addiction. She reports that while these addicts craved pornography, some didn’t like it. Even though the addict was viewing sexual acts, they were less attracted to their partner. The addict also started to have different sexual desires.

Dr. Voon’s research debunks a common misconception that viewing pornography will somehow increase all couples drive for sexual contact. The research indicates a different finding. The addicted person that views pornography is more likely to become disinterested in their partner. In addition to the decrease in sex drive toward their partner, the addict’s sexual taste can change. The specific change depends upon what they are viewing.

Dr. Voon’s research provides couples who are struggling due to pornography addiction with some clarity and answers regarding changes in taste and interest.

There is hope in these situations. The struggling couple mentioned above was able to heal their relationship. The addict was able to abstain from looking pornography which enabled them to decrease desire to get high and to adjust sexual tastes and desires. The partner was better able to understand the addictive process, make necessary changes and realize that the situation wasn’t about them. If you are struggling with the negative impact of pornography, there is hope for you as well.